When customers are researching hot tubs and swim spas online, it can be hard to distinguish the simple truth from the cloud of high budget propaganda. Amongst all the reviews, videos and forums is a straight shooter by the name of Chris Wheatley. Through his website, Hot Tub University, Chris passionately tells it like it is to anyone brave enough to listen.

When the opportunity arose to invite Chris to the PDC Spas factory, we were excited (and nervous at the same ?me). With over 60 years of experience, we were conﬁdent in our product and process, but oh man, this Chris guy sounded like a tough cookie. We had seen his videos verbally and physically ripping apart hot tubs and exposing them to the world… and we were  welcoming him in.

After spending the day touring our factory, walking the line and talking to the production team, the moment of judgement was upon us.
He liked us. He REALLY liked us, (no foam and all)!
It is with great excitement that we announce PDC Spas is now featured on  HotTubUniversity.com as one of the TOP BRANDS for Hot Tubs and Swim Spas. To hear what Chris has to say about the “strongest shell in the industry” and for a glimpse at his exclusive PDC Spas Factory tour, CLICK HERE. 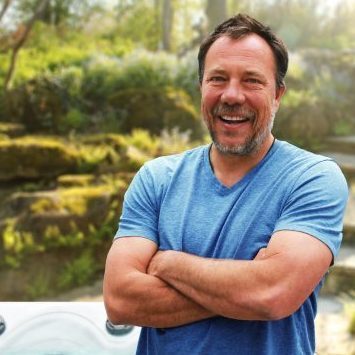 Made in the USA from start to finish for over 60 years, PDC Spas® is proud to be the most trusted name in the spa industry. Every hot tub and swim and fitness spa model is manufactured with the unparalleled quality and craftsmanship only American Made products can offer. Backed with a 35 year warranty, this diverse line of hot tubs, swim spas and fitness spas assure a full spectrum of wellness benefits. Featuring advanced hydrotherapy and patented fitness propulsion, the PDC Spas® collections are designed to reduce stress and improve your health, ultimately delivering a better quality of life while in the privacy and safety of your home. Each hot tub, fitness spa and swim spa model is meticulously engineered combining comfort features and performance technology to provide a full range of immediate and long-term health benefits. PDC Spas® offers a wide variety of sizes and features to ensure the best hot tub, swim spa and fitness ensuring your home is a sanctuary of relaxation and wellness. 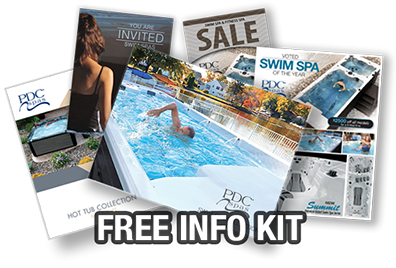